The parents of baby Charlie Gard are “devastated” by the High Court decision to end his life-support and are struggling to understand why the judge had not “at least given Charlie the chance of treatment”, their solicitor has said.

Laura Hobey-Hamsher spoke after Mr Justice Francis told the High Court he had reached his decision with the “heaviest of hearts” but with “complete conviction” for Charlie’s best interests.

There was a scream of ‘no’ in the court as the decision about eight-month-old Charlie’s care was announced by the judge, who had analysed evidence over three days and visited the child at Great Ormond Street Hospital.

Specialists at the hospital in London think it is time to stop providing life support treatment for Charlie.

Doctors say the boy, who suffers from a rare genetic condition and has brain damage, should move to a palliative care regime.

But Charlie’s parents, who are both in their early 30s, disagree.

Postman Chris Gard and Connie Yates, of Bedfont, west London, want to be allowed to take him to a hospital in the US for a treatment trial.

Mr Justice Francis ruled that life-support treatment should stop after analysing evidence at a hearing in the Family Division of the High Court in London. 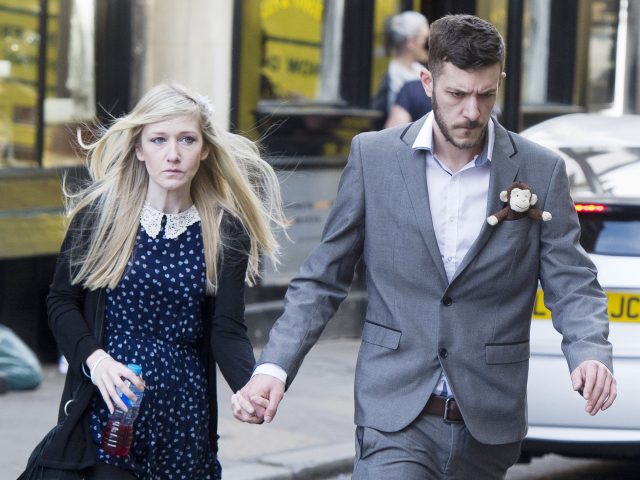 Chris Gard and Connie Yates, the parents of eight-month-old Charlie Gard, arrive at The Royal Courts of Justice in London (Stefan Rousseau/PA)

Charlie, who was born on August 4, 2016, has a form of mitochondrial disease, a condition which causes progressive muscle weakness and brain damage.

Giving his ruling, Mr Justice Francis said he had decided Charlie should be allowed to die with dignity.

He praised the little boy’s parents for their campaign and paid tribute to their devotion.

“I want to thank the team of experts and carers at Great Ormond Street, and others who cannot be named, for the extraordinary care that they have provided to this family.

“Most importantly of all, I want to thank Charlie’s parents for their brave and dignified campaign on his behalf, but more than anything to pay tribute to their absolute dedication to their wonderful boy, from the day that he was born.”

Charlie’s parents launched an appeal on the GoFundMe website two months ago, saying they needed £1.2 million to fund the treatment.

They reached their target on Sunday as more than 80,000 people donated money. A GoFundMe spokesman said officials would have discussions with Charlie’s parents about what would happen to the money.

He said: “We’ll be speaking privately to the family in the next few days about what they want to do and how we can support them.”

Speaking after the ruling, Ms Hobey-Hamsher, who works for law firm Bindmans, said: “Connie and Chris are devastated by today’s decision. They are struggling to understand why the court has not at least given Charlie the chance of treatment in America.”

The couple wept as the judge announced his decision and left the court room soon afterwards.

A new scientific toolkit has been launched by Edinburgh Science to help organisations meet the target of net zero carbon emissions by 2040.

A range of in-person and online events are planned across Scotland and the UK to mark Make Music Day on June 21.

An Edinburgh pensioner has become Scotland’s only great-great-great grandmother and has become one of the only families in the UK with six generations alive at the same time.

Historic Environment Scotland (HES) will celebrate the 1500th anniversary of the birth of St Columba with a new collection of poems.